The Vineshroom was originally created by Vinny himself, who based it off the 1-Up Mushroom from Super Mario when he first made the stream.

The Vineshroom eventually underwent a redesign by an old community member named "Roris", who provided two versions of the logo at first.[1] The Vineshroom with the big "V" on its cap has since then been the logo of both Vinesauce and Vinny's online profile.

Joel later designed the Vineshrooms for himself (called the Vargshroom), GPM, and Rev.[2] 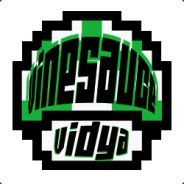 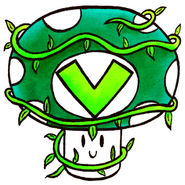 One of the two redesigns by Roris 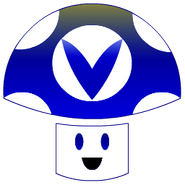 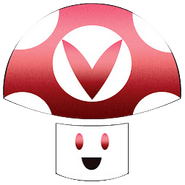 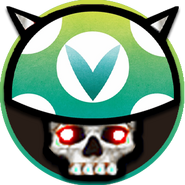 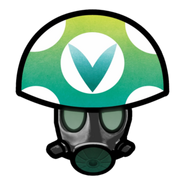