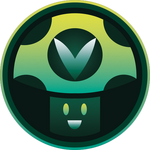 Vinesauce is a streaming media website established on May 11th, 2010 by Vinny in New York City, New York. The stream serves live footage of video game gameplay and the streamer's live commentary to hundreds or sometimes thousands of viewers at any given moment. The viewers can interact with the streamer through a chat room next to the video feed.

Vinesauce is also host to other permanently recurring streamers and guest streamers who have either been recruited by Vinny or applied for the opportunity. For the sake of variety and maintaining the core spirit of the experience, guest streamers are restricted to a single game within a single session of streaming due to an increasingly high volume of applications submitted by viewers.

Retrieved from "https://vinesauce.fandom.com/wiki/Template:MainPage/About?oldid=10463"
Community content is available under CC-BY-SA unless otherwise noted.