Luigi is a prominent character in Nintendo's Mario franchise. He is the younger brother and sidekick of Mario. He is often portrayed to be good-natured, though naive, in contrast to the stern personality of his older brother.

Vinny's depiction of Luigi is more or less the same as his original Nintendo counterpart, though he is more irritating to his brother and may or may not suffer from the same affliction of Terminal 7 as Mario. He is the player character in the fangame Terminal 7, where he supposedly escapes from Bowser's fortress to reunite with his brother. 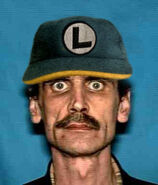 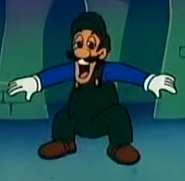 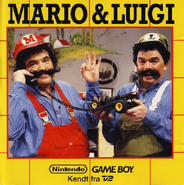