Joel Varg Johansson (also known as Vargskelethor, exinthevatican, Jarvison, Uncle Joel or Jobel) is the second-most popular streamer on Vinesauce, next to Vinny himself. Hailing from the freezing realms of Umeå (Sweden), he is known for his incredibly bizarre childhood, teenage experiences, and his Windows Destruction and DOS Madness streams. He is a fan of death metal, MIDI music, skeletons, and "Manime", such as Fist of the North Star and JoJo's Bizarre Adventure.

In one of his most popular livestream series, Windows Destruction, he sets up a Virtual Machine with a version of Windows and attempts to fill it up with malware to the point where it is unusable. This has proved difficult on Mac emulations.

Joel also has a Bandcamp account, in which he uploads his own metal songs. His songs can also be found on Spotify underneath Vargskelethor and Scythelord respectively.

Joel first visited Vinesauce around May of 2011. He was on 4chan's /v/ board and saw a post which advertised Vinny's Spore stream. Interested, Joel decided to check out the stream. The viewer-base around that time was estimated to have been 25-50 people. Of course, the acquisition of 25-50 viewers is no small feat. Joel was intrigued by Vinny's stream, and decided to sign up on Chatango. There, he dropped a message on the chat, which was his first confirmed message:

Vinny actually responded to Joel's message, and his message came as a surprise, because some of the streams Joel watched didn't respond what-so-ever to the viewers. Because of Vinny's response, Joel stuck around, and started to familiarize himself with the viewers and the streamers. He then started to contribute to the community by making some art, and helped a lot with the community itself. He eventually became a recognized figure, as he was occasionally invited to Vinny's campfire streams, and the less often Super Mario Retardy streams. He made a "total ass of himself." due to him getting drunk. This made the Mario Retardy streams (in)famous. As a result of his antics, viewers started to take a liking to Joel, which was overwhelming to him. He considered it an honor to have a little spot on the Internet that was entertaining, and to have a community treat him with such kindness.

When his popularity was great enough, Vinny personally offered Joel the chance to be a guest streamer for the amount of contributing he did with the site. Joel initially declined the offer, as he described himself as the "Swedish guy that would draw art, laugh and get drunk with you." A few months later, he decided to give streaming a shot, alongside Streamtrap. He started his streaming career around the fall of 2011. During his early months, his accent was much thicker, and he had many funny ways of pronouncing words, such as "Winny," "Wodkas" and "Wampires," which grew into a "meme" of sorts in the community. It took seemingly forever to learn 'good english', but he is still struggling to this day.

His first stream was the 1993 hit Doom, and people enjoyed it enough for Vinny to promote him to "full-time streamer of Vinesauce." He was thrilled, and more people would watch him stream. During his first years, Joel started to stream games such as Metal Gear Solid 2, Half-Life, Grand Theft Auto IV and more. He soon lived up to the lofty title of 'full-time streamer'.

On November 4th, 2015, Joel‘s YouTube channel and Twitch channel had been reportedly hacked by the identity Towel, a "hacker" (read: script kiddy) who admits to "hacking" (read: obtained the password via one of the many 2015 data leaks) Markiplier’s Tumblr account, as well as the accounts of various other users. He changed the YouTube avatar and channel name, and uploaded three videos, in which he states that he owns the channel, accompanied with hip-hop music; as well as raiding the chat on his Twitch account, banning almost everyone who commented. Towel also gained access to Livebyfoma (KY)’s Twitch account and deactivated it upon gaining access. Notably, the hacker attempted to divert blame towards a younger YouTube user who had nothing to do with the hijack.

Shortly after, the r/Vinesauce subreddit posted several threads, in which the matter was discussed, only to be locked and replaced by a stickied thread by the moderators. The Vinesauce website had its forums shut down temporarily, due to an increasing amount of threads related to the hack. Reportedly, 4Chan’s /v/ board had also planned a raid towards the hacker, but the thread was deleted, as 4chan does not allow raids to be planned on that board.

During his childhood and adolescence, Joel has had a series of unfortunate events: 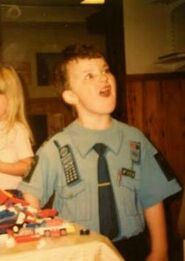 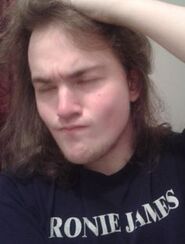 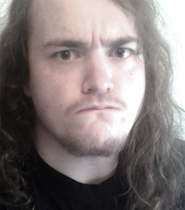 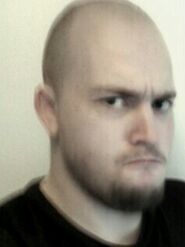 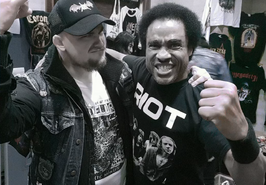 Joel from his 2018 trip to Japan with the vocalist of Hirax. 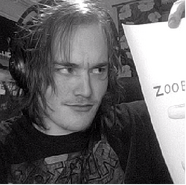 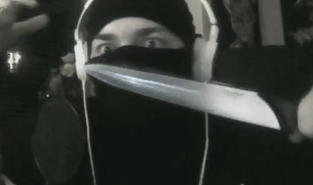 Joel as a ninja during his Shinobi III stream, circa Early 2013.